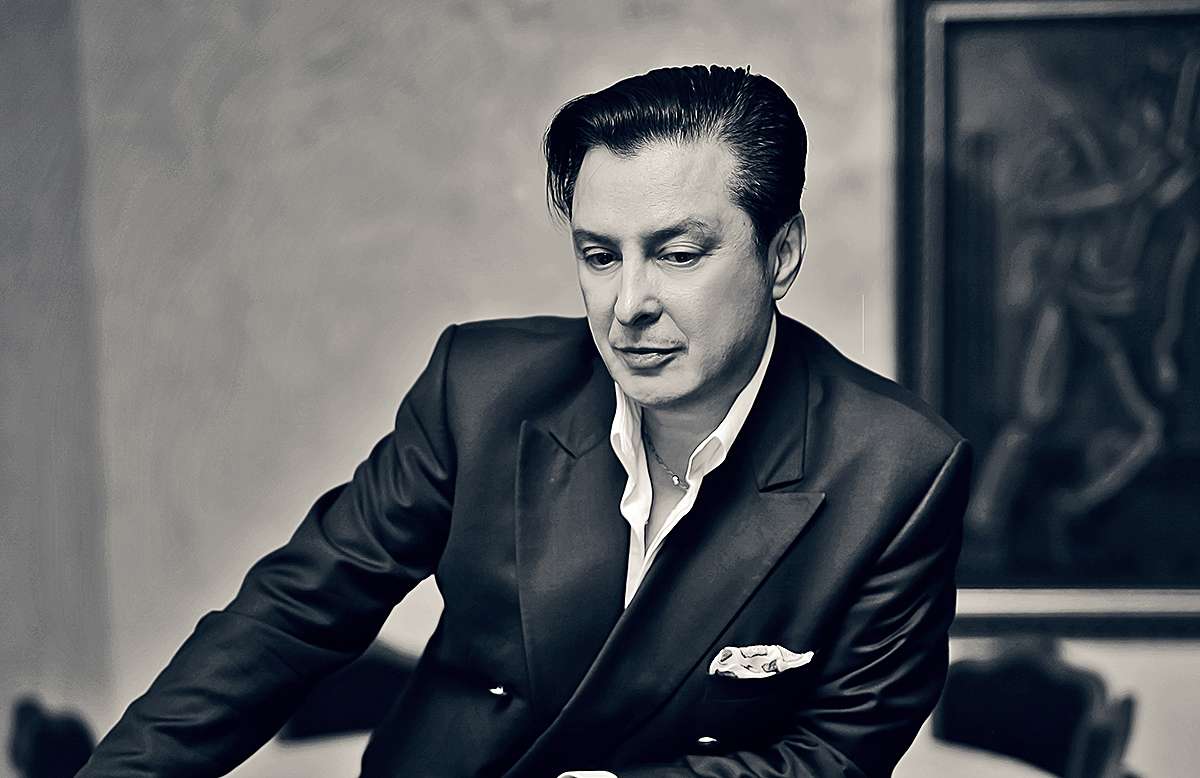 Vassil Petrov is one of the most famous Bulgarian Jazz and Pop musicians in Bulgaria. His beautiful voice, impeccable musical taste, combined with precise vocal technique and artistic presence make him quite the outstanding performer. He has graduated from the “National Academy of Music - Prof. Pancho Vladigerov” under the class of the famous composer and pedagogue Angel Zaberski. Soon after that he establishes himself as a lead performer in jazz and pop music. Between 1992 and 1994, he is the number one selling performer in Bulgaria. During that same period, he does concerts in various places such as Helsinki, Oslo, Stockholm, Belgrade and Lillehammer (during the winter Olympics). He is also famous for his work with the Big Band of the Bulgarian National Radio and “Acoustic Version”. In collaboration with the composer Vassil Parmakov, he creates two pop albums as well as recordings for the Bulgarian National Radio and Bulgarian National Television. In 2004, he releases his “Be in Love Forever” album in which we can find original songs by Vasil, arranged by Rumen Toskov. In 2007, he creates a cover version of the Russian song “Podmoskovye vechera” - which becomes an instant success. His next album “Pages” also contains original titles by the author. The texts are composed by the American actor Ben Cross who is Vassil’s duet partner in many concerts. In 2008, the singer travels to New York where he films his black and white music video for the song “My Way”, arranged by Angel Zaberski Jr. and accompanied by a violin solo by Vesko Eschkenazy. Some more of Vassil Petrov’s famous partners are the well-known American musicians: Tom Harrell (trumpet) and Yolanda Graves (Jazz Singer). In 2011 he wins the prestigious “Apollon Toxophores” award for contribution in the growth of the Bulgarian culture within and beyond the borders of Bulgaria. He has also won many international awards. So far in his career he has released up to 14 albums, the last of which is the “Love Songs vol.1” album with the help from Angel Zaberski (piano), Stoyan Yankulov – Stundzhi (drums) and Boris Taslev (contrabass). The new album consists of one of the most beautiful Jazz and Pop themes which can be found in “Smile” (which is part of the soundtrack for one of Charlie Chaplin’s famous movies “City Lights”), “Caravan”,” My Funny Valentine”, “Along together” “Who can I turn to” and etc. This program will be central stage for the Bansko Jazz Festival along with many favorite Jazz standards.